This news just arrived at Muddle Central: The People’s Republic of Canada announced today that, as part of their fight against climate change, there will be a new tax on exhaling. Because exhaling is necessary to make long-pointless speeches, politicians and members of the clergy will be exempt from this new tax. The Trudeau Government will also allow a “cap-and-trade” program. “My government recognizes that athletes, for example, need to exhale while exercising. The cap-and-trade program allows for docile people to sell their exhales to athletes. “My government’s cap-and-trade program makes the exhaling tax progressive by allowing the docile and underprivileged to recover their exhaling taxes from the wealthy 1%” , claimed a suntanned and beaming Justin Trudeau from onboard a helicopter enroute to another private Caribbean island. The newly ordained Reverend David Suzuki and Pastor Al Gore praised the People’s Republic move as being “visionary”. Meanwhile, Canadians are realizing that speaking will be expensive and the result is that classes on miming in Canada are completely sold out. Universities are hiring mime instructors to meet demand. The government noted that this outcome, once-and-for-all, proves that increased taxation creates employment. A government spokesperson stated that soon Canada will have 100% employment by having 100% taxation.

In related news on breathing, in the Excited States of America, President Trump issued an executive directive to start taxing inhaling. “I told the American people that I would not impose new burdensome taxes” asserted President Trump. “Therefore, the tax on inhaling applies only to illegal aliens and foreign travelers from certain countries.” Details of the tax will be announced on Twitter. A White House spokesperson thanked former POTUS Clinton for this idea and claimed that the directive will balance the government’s budget and simultaneously achieves “many other objectives of the administration”. Bill Clinton was not available for comment.

Meanwhile, evidence is mounting that the Russians are secretly destroying the wine business (for anyone that does not believe this shocking news you should be aware that the HoseMaster broke this story yesterday and details are available at http://www.timatkin.com/articles?1766). The Russians are also the suspected hackers in the latest RickeeLeak: 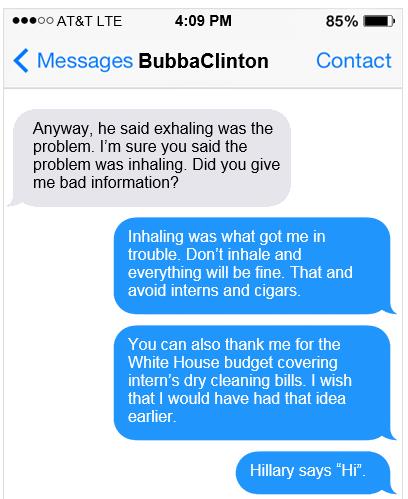 Oh those Russians! History repeats and, again, we have a country to blame for all that is not right in our world. Maybe the Russians are responsible for the all the mediocre wine that the KGBO released on March 4. Sadly, Putin’s interference in the operations of our wine monopoly resulted in this release containing very few reasons to beat a path to your KGBO store.

First, let’s explore a few wines that might interest you.

If you are looking for a Sauvignon Blanc then the $25 DOMAINE BONNARD SANCERRE 2015 140525 might fit the bill. It’s a wine, with the classic grassy overtones typically found in a Sancerre. It has nice fruit and nice acidity. The wine is nothing special but it is decent and the best white wine we tasted on Sunday from this release. (http://www.vintages.com/lcbo-ear/vintages/product/searchResults.do?ITEM_NAME=140525&ITEM_NUMBER=140525&language=EN&style=Vintages).

The tasting of the reds included a battle of Spain. There are several Spanish wines on the Vintages shelves presently and we picked the $24 MUGA RESERVA  VINTAGES 177345 (http://www.vintages.com/lcbo-ear/vintages/product/details.do?language=EN&itemNumber=177345), the $42 MUGA SELECCIÓN ESPECIAL RESERVA 2011  VINTAGES 712067 (http://www.vintages.com/lcbo-ear/vintages/product/details.do?language=EN&itemNumber=712067) and the $18 MONASTERIO DE LAS VIÑAS GRAN RESERVA 2007  VINTAGES 82024 (http://www.lcbo.com/lcbo/product/monasterio-de-las-vinas-gran-reserva-2007/82024#.WLw6dm8rLIU). I found the outcome of the tasting to be quite interesting.

We poured all three wines at the same time. Initially, everyone preferred the $18 Monasterio but, as the wines took on some air, our preferences shifted. With time in the glass, the Monasterio faded, the Muga Reserva came together (with the predominance of coconut fading and integrating) and the Muga Seleccion Especial blossomed. If you had a dinner party where the red wine was being poured fast and freely then the Monasterio will save you money and it will fit the bill. Cheap and very enjoyable if one does not linger too long. If you want to treat yourself to a lovely wine that has a lot going on buy the $42 Seleccion Especial. If you want something in between go for the Muga Reserva.

The Seleccion Especial retails for $30USD in the Excited States so using my double rule (exchange, duties, KGBO profit margin) $42CAD is a good price here in the People’s Republic of Ontario as we could be paying upwards to $60.

I’m a fan of Muga (both their cheap and high-end wines). They make whites, Roses, and reds. If you find yourself feeling overwhelmed in a KGBO store and don’t know what to buy then it is pretty safe to head to the Spanish section and find one of their wines.

Finally, Don Billy (you may recall that he is the King of Toronto’s notorious Dental Underworld) found room on his credit card and splurged on the $102 GIUSEPPE QUINTARELLI ROSSO CA’ DEL MERLO 2008 VINTAGES 958595 (http://www.vintages.com/lcbo-ear/vintages/product/searchResults.do?ITEM_NAME=958595&ITEM_NUMBER=958595&language=EN&style=Vintages). What a beautiful wine on many fronts. And, what a treat to taste. It’s lovely now and would be better in a few years. If you like the Amarone / Ripasso style wine (this wine is a Ripasso) this wine is for you. This wine retails for $80USD in the good-old USA so the price here is good (we could be paying upwards to $160).

Onto the airing of the grievances.

The $50 DOSNON RECOLTE NOIRE BRUT CHAMPAGNE VINTAGES 243899 is a wine that would polarize a group. The volatile acid present in this Champagne would put many (most?) drinkers off. It’s not a wine to hate but one that few would love and most would wonder why they spent $50.

The two Gruners we tasted included the $22 LOIMER LANGENLOIS GRÜNER VELTLINER 2015 VINTAGES 142240 (http://www.vintages.com/lcbo-ear/vintages/product/searchResults.do?ITEM_NAME=142240&ITEM_NUMBER=142240&language=EN&style=Vintages) and the $19 ANTON BAUER GMÖRK GRÜNER VELTLINER 2014 VINTAGES 467290 (http://www.vintages.com/lcbo-ear/vintages/product/searchResults.do?ITEM_NAME=467290&ITEM_NUMBER=467290&language=EN&style=Vintages) were both out of balance with a predominance of acidity. The Anton Bauer is better because it has more fruit but it’s not worth your money. The posted tasting notes on both these wines baffle me.

The $14 PIETRO MARINI TORRONTÉS 2015 VINTAGES 408443 (http://www.vintages.com/lcbo-ear/vintages/product/searchResults.do?ITEM_NAME=408443&ITEM_NUMBER=408443&language=EN&style=Vintages) has a rose petal nose (Don Billy said “Turkish Delights”) and flavors that don’t follow through. This wine was our least favorite. Avoid.

The $15 LA POSTA ARMANDO BONARDA 2015 VINTAGES 261586 (http://www.vintages.com/lcbo-ear/vintages/product/searchResults.do?ITEM_NAME=261586&ITEM_NUMBER=261586&language=EN&style=Vintages) is primarily berry fruit and little else. It’s a fruit bomb to avoid. This is a good example of why one should not fall for a 90 point score from a wine critic (especially when that wine critic is James Suckling). Here is what he had to say about this wine “A tight and lightly dusty red with licorice and blackberries. Medium to light body. A fun wine from Argentina that everyone should try. Drink now. Score – 90. “Everyone should try?” Good grief James your mother would tell you that you should be ashamed of yourself. Hang down your head and cry James.

The $13 L.A. CETTO PETITE SIRAH 2014 VINTAGES 983742 (http://www.vintages.com/lcbo-ear/vintages/product/searchResults.do?ITEM_NAME=983742&ITEM_NUMBER=983742&language=EN&style=Vintages) is similar. It’s a fruity wine that settles down a little with some air time and then you will be able to pick up some pepper and spice qualities. With some air it’s okay but this wine is not for me.

Up next is the $25 KILIKANOON PRODIGAL GRENACHE 2013 VINTAGES 927582 (http://www.vintages.com/lcbo-ear/vintages/product/searchResults.do?ITEM_NAME=927582&ITEM_NUMBER=927582&language=EN&style=Vintages), a textbook Aussy Grenache. It’s a decent wine at an okay price and for lovers of Australian wine this one would work for you.

Finally, a few comments on the $62 CHATEAU MUSAR RED 2009 VINTAGES 109413 (http://www.vintages.com/lcbo-ear/vintages/product/searchResults.do?ITEM_NAME=109413&ITEM_NUMBER=109413&language=EN&style=Vintages). I almost didn’t bother with the write up on this wine because the KGBO sold out of the product quickly. There are a few bottles in the system so if you want this wine you may have to request a transfer. If I tasted this wine blind I’d likely guess that it was decent Bordeaux. Muscar has a great reputation and this wine is quite nice. But at $62 I think one would buy it mainly as a novelty to impress friends and to show them that decent wine can come from Lebanon (a country where someone right now is buying a Canadian Pinot Noir because their friends don’t know that decent wine can be made in Canada).

Product Consultants can request a transfer from another store to the one that is better for you. The KGBO may be the controlling monopoly but you are the customer.